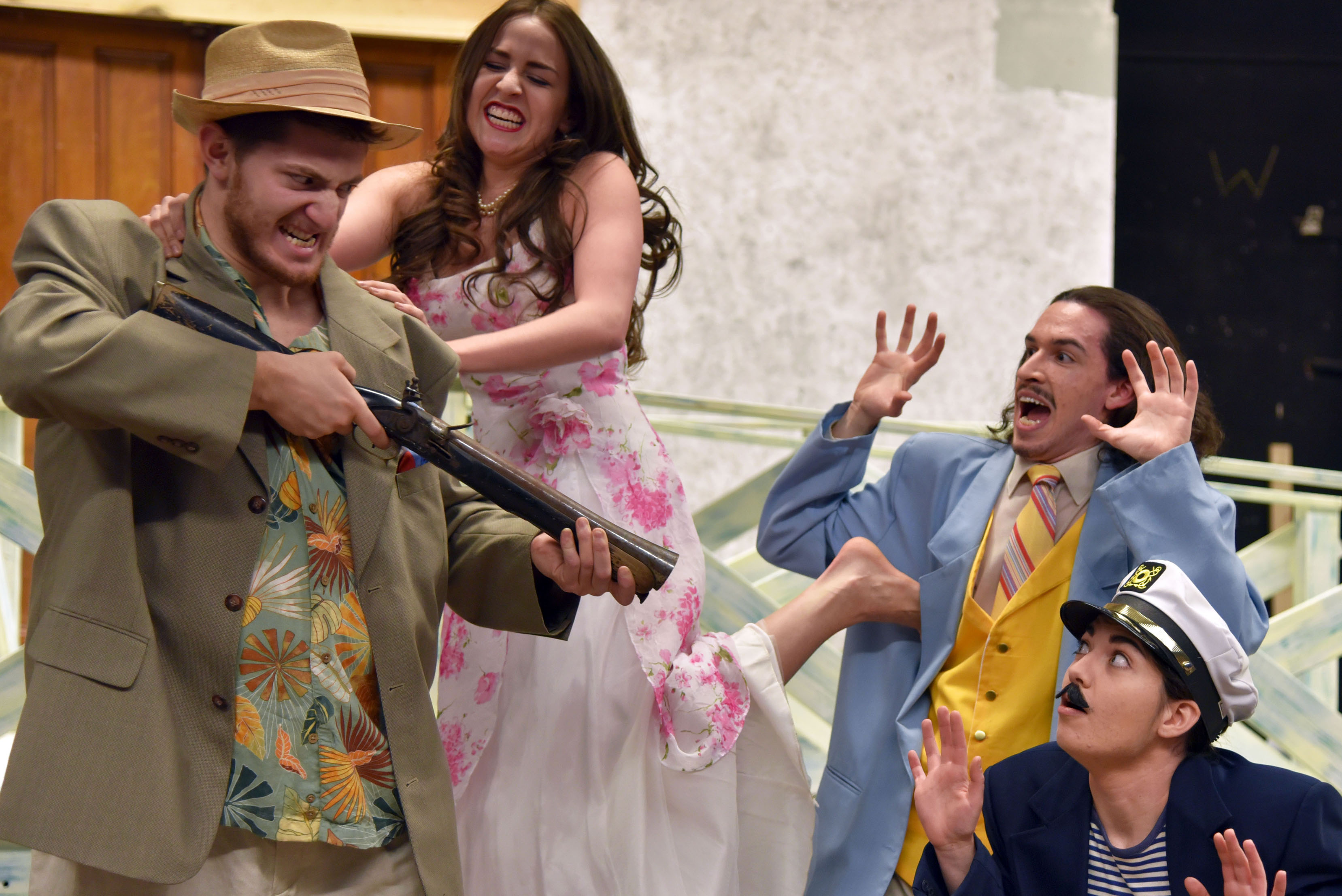 The cast and crew of Franciscan University’s “Twelfth Night” have been hard at work during the first month of the semester, planning to present the play for the community the second and third weekends in April.

Rehearsals have been moved to Cosmas and Damian 300 in order to give the tech crew more time to work on the “epic set,” so called by John Walker, assistant professor of drama and director of the play.

He has chosen to set it in the 1960s at a beach resort in the Caribbean, and the crew is working on turning the stage into a beach, said Walker.

“We’re moving at a quick pace,” said Walker. “The students have a good understanding of the language, and the blocking of the crazy action is going smoothly.”

Walker said that he chose the play because “I wanted to do something I was particularly fond of.”

He said that he has directed the play multiple times as well as being in it.

Regarding casting, Walker said that he wanted to “bring in some people who aren’t in the drama club” because “theater should be more inclusive. Sometimes people are cast the same way each time; we went opposite in ways that surprised people.”

Members of the cast commented on developing their characters.

“I’m looking forward to going deeper than what her surface is,” said senior Sarah Zapiain about playing Olivia. “I didn’t like her at first, but I could see things in myself that are like her.”

Andrew Kelly, a senior playing Malvolio, said that he is finding “a fun contrast between control mode and loss of control mode.”

Kelly continued, “As I learn more about this character, he gets harder and harder to like, yet he very much likes himself. It’s very challenging.”

The play itself will also have a unique perspective.

“I’m focusing on how we shipwreck ourselves as people and what kind of epiphany we need to come out of it,” said Walker.

“Each person hits a color wheel of emotions,” said Zapiain. “There’s an entire world behind the stage and you get spurts of it.”

Senior Jessica Andrews, who will be playing Viola, said, “It’s about finding how to have very personal, crazy, connected, vulnerable moments. … It’s such a journey that the characters go on.”

Andrews continued, “Everyone has an idea of Shakespeare as intellectual and stuffy or hard to understand … that’s not what Shakespeare is or ever was. It’s about real people.”

Senior Phillip Buss, who will play Orsino, said that the play will be successful because of “the image that the director has. He lives and breathes the characters and switches between them. … He’s ready to tackle all the characters, modes and themes.”

Kelly said, “For Professor Walker’s first show here, he’s bringing out all the stops and holding nothing back.”

Walker also spoke about the special experience of working with Franciscan students as this is his first year as part of the university faculty.

“Franciscan students, because of their faith orientation, can see something as being more important than themselves,” he said. “They bring a serious approach to the work and are more focused on priorities.”

“Franciscan gets to the heart of theater, in its sacramental nature,” he said. “These are the most talented actors I’ve worked with.”

Speros said, “I’m excited for the craziness to ensue. … To see it come alive will be a real treat.”

The cast finished the last “tuning” and blocking and recently began to run scenes.

Speros said students should come to see the play for three reasons: because it’s “downright hilarious, Shakespeare like no one has seen it before — real, funny, like a rollercoaster ride —, and theater is good for the soul.”