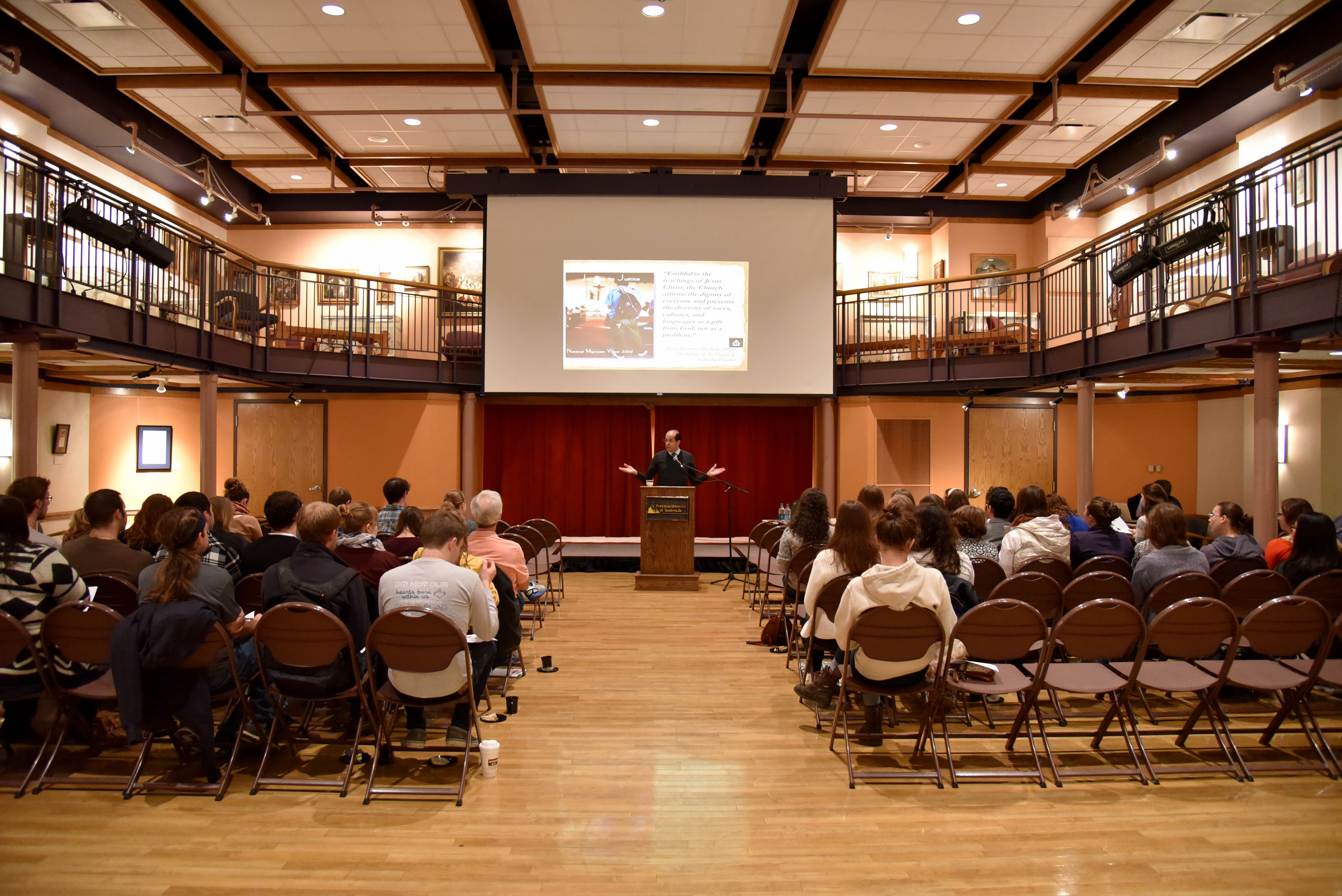 The assistant director of the Secretariat for Hispanic Affairs for the United States Conference of Catholic Bishops in Washington, D.C., spoke Oct. 24 on the unity of cultures, especially Hispanic and Latino, in the Catholic Church.

Alejandro Aguilera-Titus, whose talk was held at 8:30 a.m. in the Gentile Gallery, described the United States as a tapestry woven from many different cultures, and the church as the most culturally diverse institution in existence. He stressed the importance of diversity, upholding it as the cornerstone of unity.

He provided the risen Jesus walking beside the disciples on the road as the best example of how to evangelize within the Church.

“You must meet them where they are, ask questions and listen,” said Aguilera-Titus. “Wait for them to invite you in.”

It is only then that others will open their hearts to teaching, he continued. When this is done, people from different cultures can see each other more clearly, creating a deeper love and understanding of one another, he said.

Aguilera-Titus also explained the difference between assimilation and integration. Assimilation alienates new Catholic immigrants, he said. It forces them to relinquish their culture, language, values and traditions, but with integration, these things are respected and are preserved wherever possible, he said.

“Faith takes hold in the context of culture,” Aguilera-Titus said. “Without culture, faith is sterile.”

He stressed that people must be gracious hosts of one another.

Despite the early hour, the talk drew a fine crowd. They enjoyed refreshments of coffee and baked goods as well as an interactive style of lecture.