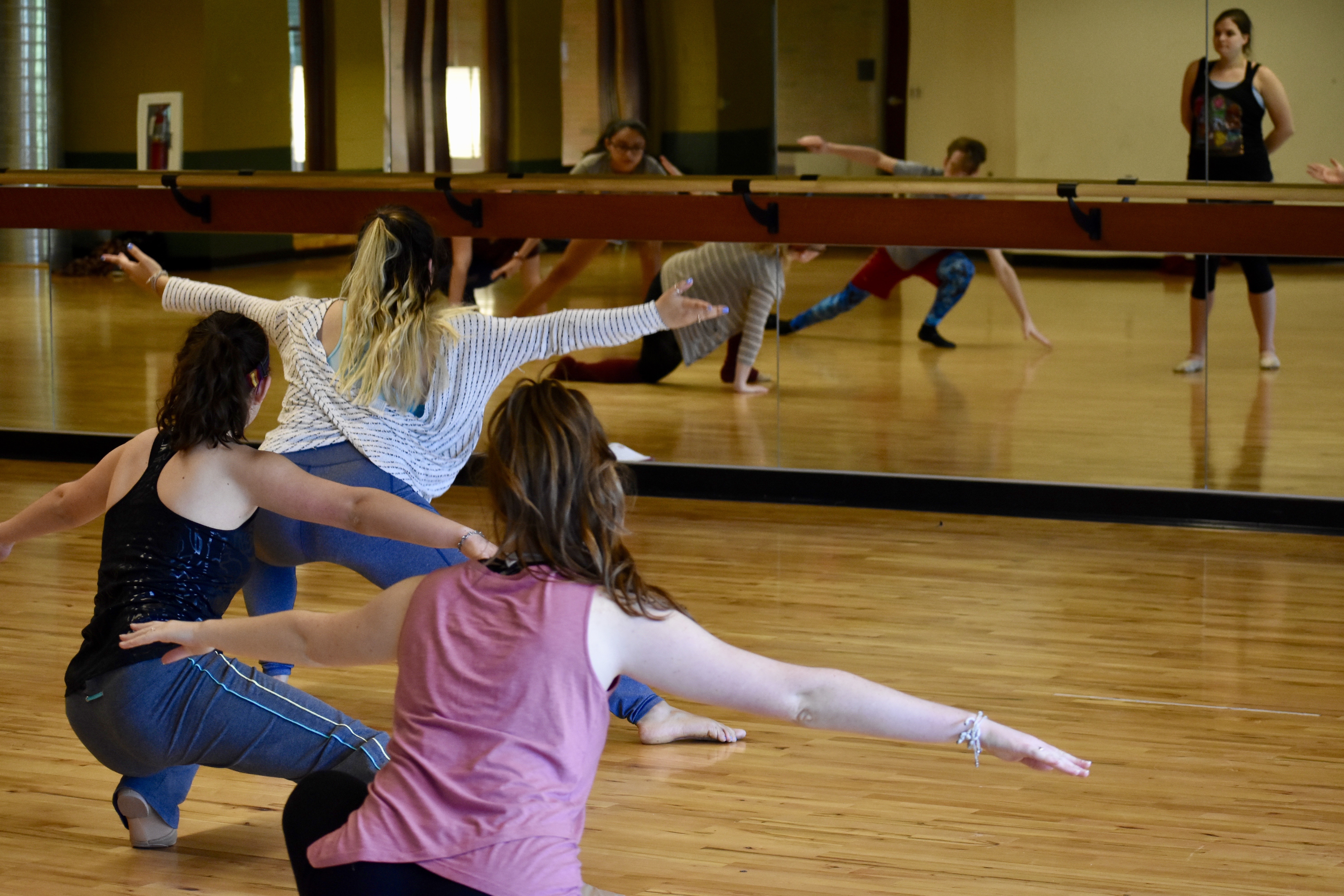 “Be open to the idea of dance telling a story!” said senior Patricia Voigt, theatre major and director, choreographer, light designer and dancer for her project, “Wanted.” Voigt, who has been pre-professionally trained in six different genres of dance over the course of 15 years, is putting on the Franciscan University’s first dance production.

“Wanted” is a dance production that tells three different stories about feeling unwanted, and addresses the question: “Why is it that people feel unwanted?” according to Voigt.

“Your pain is real, but even more real is the hope and redemption your creator has for you, just give him a chance to prove it,” Voigt said. The truth is that we all struggle, but we’re going to be okay and we can help each other out, she explained.

Voigt shared that its first conception occurred about six years ago and has been in the works ever since. Auditions started back in early September and the cast has been having rehearsals at least five hours a week since then.

The cast is extremely diverse, including students and alumni with all levels of dance training.

“It’s really good to be dancing again,” said Rebecca Siemens, a Franciscan alum who graduated this past May. Siemens, who has been dancing for 18 years and plays the unwanted lover, explained that the roles are very personal and tough but good.

Freshman Jessica Marter, playing one of the wanted, said, “All of us in this role come in at the end when the three main leads realize their worth in God’s eyes and know they are truly loved and wanted.”

“Being a part of this production has given me a chance to meet new people and continue to learn and practice dancing,” said Marter.

The dancers also gave a warning for the audience to mentally prepare themselves. “It gets really intense,” said Voigt, who went on to explain that being a dancer is very vulnerable.

The cast is gearing up for its first audience in just a few weeks. “I’m really excited for (the audience) to see it because it’s taken a lot of time, passion and effort,” Siemens said.

“There’s something for everyone in the play,” said Voigt. With a cast of 24, all ages, grades and majors dance to songs that the audience will know and will recognize, like “Hiding Place” by Corrie and Betsie ten Boom.

“There is something organic and raw about a story being told through the medium of movement,” said Voigt.