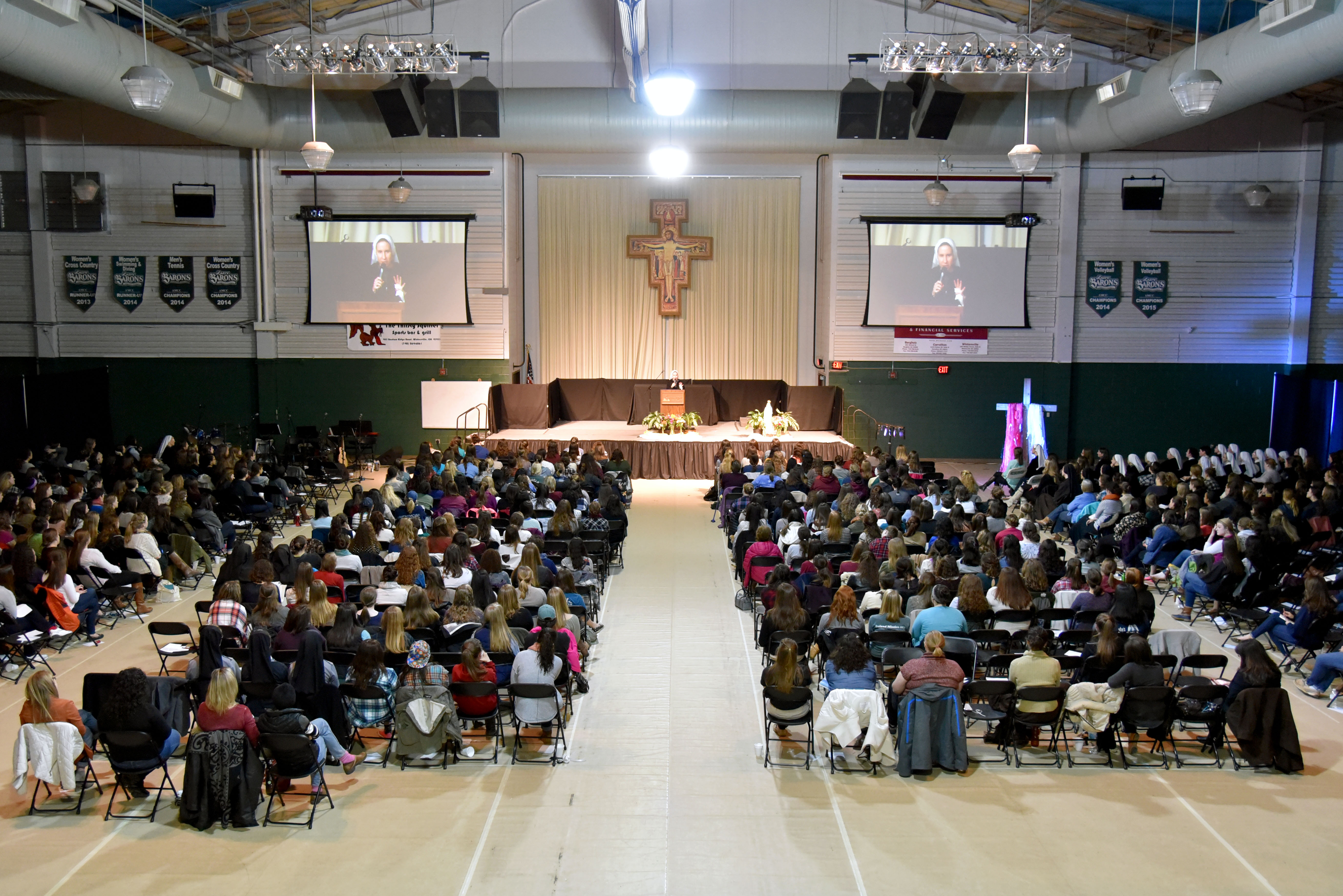 The event began at 5:30 p.m. with a welcome from Mary Catherine Jadlos, residence director of Sts. Louis and Elizabeth Hall, followed by dinner and conversation. This year’s theme was Transformed at the Foot of the Cross.

Three guests spoke on this topic, each tying his or her words back to Pope St. John Paul II’s message, “Do not be afraid.”

The sessions were interspersed with praise and worship led by student Katy Blythe and four personal video testimonies from women on campus.

The Rev. Stash Dailey addressed the women with an appeal to understand the cross as a gift and an “invitation to eternity,” rather than something to be avoided.

He advised them to look to Mary as an example of a woman who embraced her sorrow as leading to permanent joy by helping others, rather than giving in to mere sadness.

Freshman Catherine Riddle said that she was especially struck by Dailey’s point that “you are who you are based on what God wants you to be.”

Riddle said that it allowed her to step back and “realize how amazing God is because He’s good, not because of what He does. I realized that I’m being given the opportunity to choose to trust in God.”

Sister Therese Marie Inglesias, TOR, shared her own story of suffering through dealing with vertigo, and she advised the women, “Do not be afraid of suffering.”

She continued, “In prayer you come face-to-face with the fact that you are helpless, not in control.”

Inglesias said that it was in eventually accepting God’s will that she was able to offer up her sufferings.

“Doing does not accomplish much,” said Inglesias. “It is being the sacrifice that does.”

Freshman Rachel Lavallee was struck by Inglesias’ testimony that she “felt how Christ was intimately with her in suffering.”

Freshman Sarah Tohill was “reminded of the innate relationship between us and Jesus, and how real relationship is when you commit.”

Inglesias ended with two reasons for her tears at the end of an extended period of pain from vertigo: her intimacy with Christ in suffering and “gratitude for Him saving me from myself for Him.”

Women “respond to the suffering of others, seeing a need through our perception,” she said.