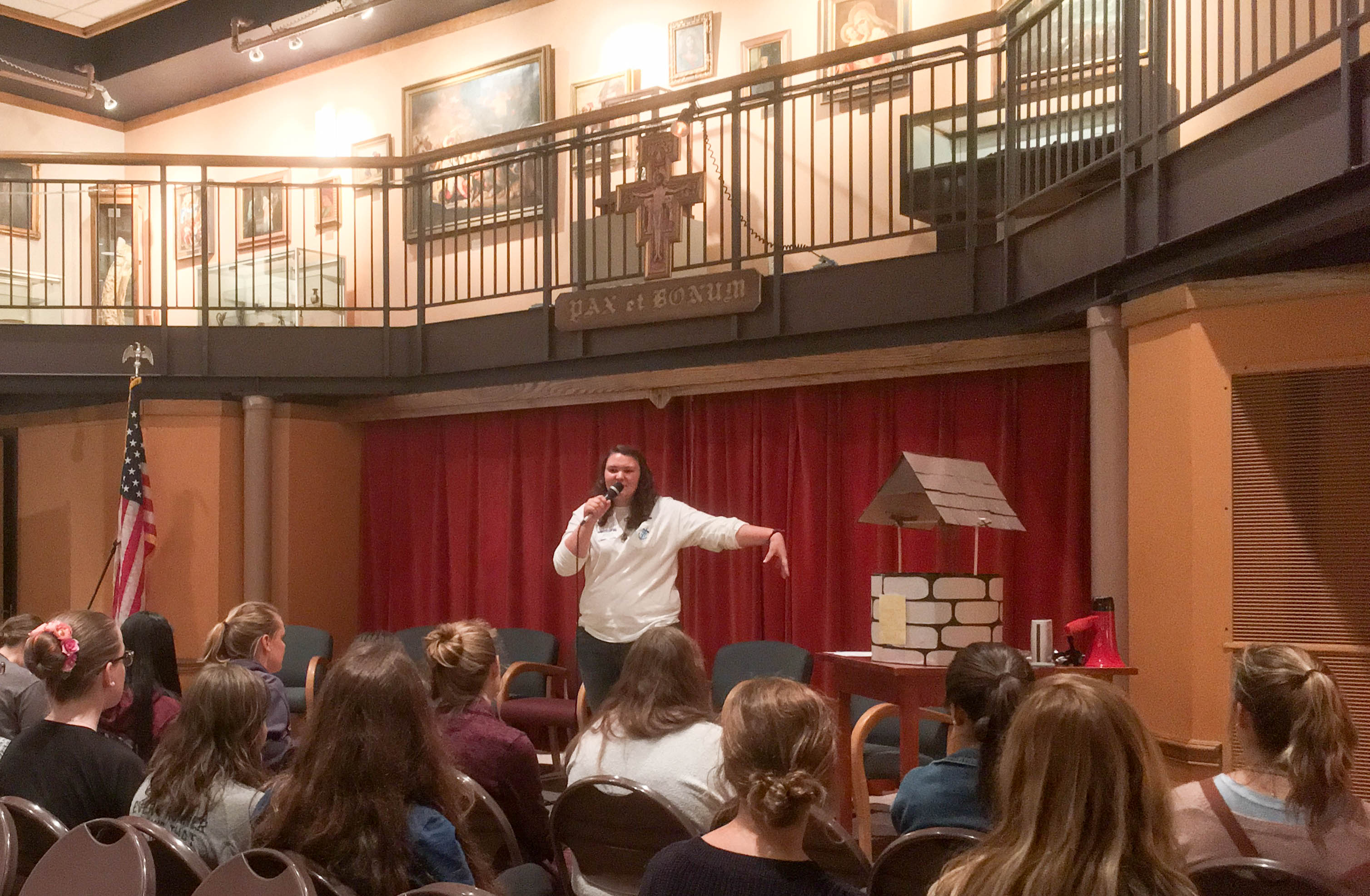 Wednesday night, Sept. 6, opened a new chapter in Women’s Ministry on the Franciscan University campus. Sister Maria Pio, new head of the ministry, is organizing weekly talks and activities for all campus ladies to take part in every Wednesday.

At the first meeting of the semester, senior communications major Lauren Abeyta opened by emphasizing the beauty and diversity of the womanhood on campus. She encouraged everyone to trust in the Lord so they can step into the boats that are the missions of their lives and prepare for the world beyond the university.

“I don’t have to be a genius, I just have to be an apostle,” said Abeyta. “Taking the risk to love isn’t about being the smartest,” she continued, “but rather about having trust in the Lord to step into that boat, so that He can do with us what He will.”

Senior Emma Lindle also spoke to the women about the glorious diversity shown in the gathering. “I think this is a beautiful opportunity for women who might be overwhelmed with sharing so intimately with women in a household to come and see that multiple beautiful women are no problem …  it’s glory.”

The guest speaker for the night was Kate Lesnefsky, a Franciscan graduate of ’99, co-founder of Dirty Vagabond Ministry and mother of seven. Lesnefsky spoke of reaching out to draw women to the ship of faith.

“Take the risk of faith,” was the theme of Lesnefsky’s message. She drew on the words from the Gospel, “Do whatever He tells you.” Lesnefsky said that holiness is about being in the present moment and listening to the commands of God.

“The call of holiness isn’t about having everything in order. Your call is to love those around you,” she said.

2017-09-13
Previous Post: The masculine genius: balance of giving and receiving love
Next Post: FUSG sworn in during first meeting of year