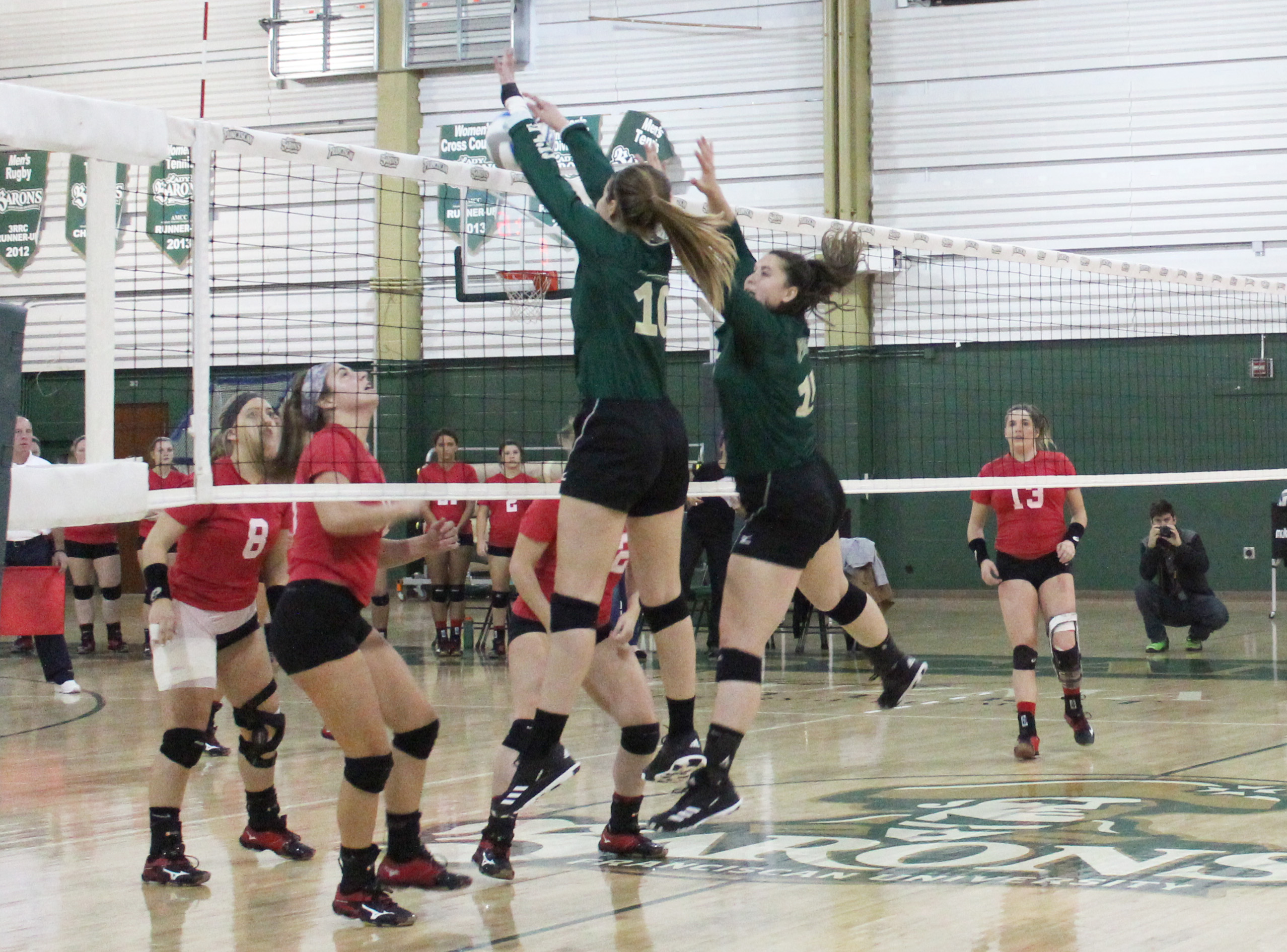 The Franciscan University women’s volleyball team surrendered a 3-0 loss on Tuesday against the La Roche Red Hawks, despite an effort which points toward postseason possibilities for the Lady Barons.

Through three sets, competition remained closer than was indicated by the score, and Franciscan battled hard for every point.

The first set proved an intense one, with the Lady Barons and the Red Hawks battling neck and neck down the stretch. Ultimately, only two points separated Franciscan from La Roche, but the deficit was enough for a 28-26 first set loss.

After switching ends of the court, the second set commenced. Freshman Sydney Riley featured majorly in points to come; the setter posted 28 digs and 11 assists on the day and again helped the Lady Barons to remain in close proximity to La Roche as the second set waned.

An attack error from senior captain Monica Rigaud, combined with a Red Hawks kill, put La Roche over the top in the set, 25-22.

In a two set hole, the Lady Barons remained positive in a third set that was statistically La Roche’s best set of the evening. Junior outside hitter Maria Ciola featured majorly in the set, adding multiple kills down the stretch, attempting to bring Franciscan back to a single-digit deficit.

By a score of 25-15, La Roche closed the door on any Lady Barons’ comeback hopes, putting a 3-0 Franciscan conference loss in the books.