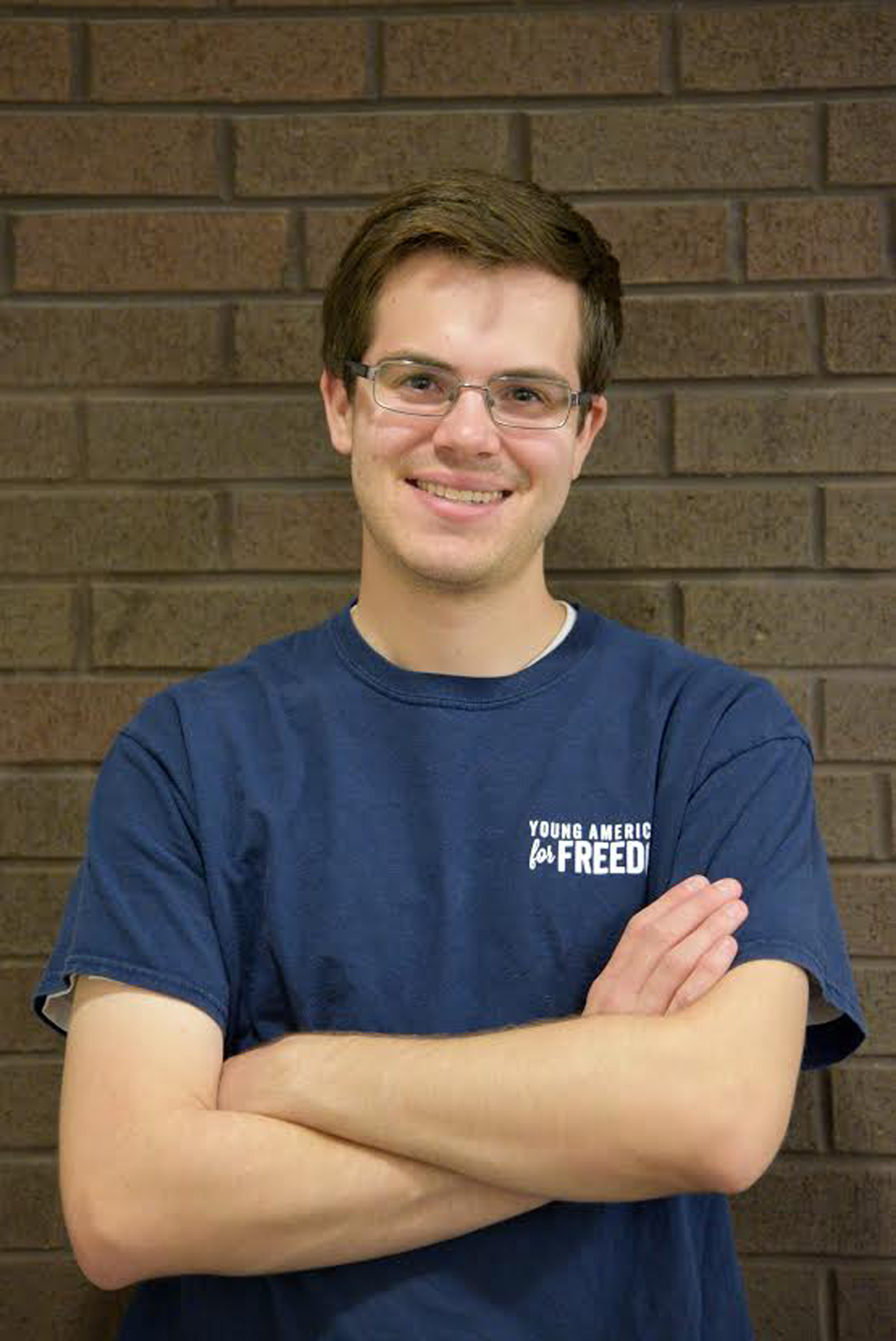 Last year, Tommy Valentine decided that he needed to do something to protect the conservative values of the Republican Party in this tumultuous election season.

“I knew there would be threats from leftist elements both within and outside of the party who wanted to change the Republican Party’s platform on several important issues during this year’s convention,” says Valentine. “I realized that being a delegate to the Republican National Convention (RNC) and serving on the platform committee was the best way to protect those values.”

Valentine, a senior history major, decided to run for one of three delegate slots representing his home congressional district at the convention.  After months of making phone calls and driving to his home in Virginia each weekend to go door-knocking, he was elected in early May as one of those three delegates from a pool of 19 people.

As he had hoped, Valentine was selected to serve on the platform committee, which meant that he and his fellow committee members arrived in Cleveland a week before the convention officially began.  “We actually wrote the document that constitutes the platform for the Republican Party not just for this year, but until the next convention in 2020,” Valentine said.

“Our job was to take the platform created in 2012 at that year’s convention and make amendments to it as we saw fit that reflected the base of the Republican Party,” Valentine said.

As part of his duties to the platform committee, Valentine was also assigned to a subcommittee that addressed the second part of the platform on constitutional government and how the Republican Party approaches it.  The subcommittee met for six hours each day and considered over one hundred amendments to that single section of the platform.

Valentine himself proposed several amendments regarding abortion and the issue of life that were all approved for the platform with minor changes. Valentine said that he “included language in the platform that called for abortion bans after 20 weeks and that named the Democrat party as extreme on abortion for their extremist support of abortion with little to no restrictions.”

He was most proud of the amendment he introduced to the full platform committee regarding mental health.  “I think that Republicans need to pay more attention to mental health issues,” said Valentine, “because government is the first responder to the public, and if people can’t afford to pay for their treatments, state and local governments need to step in and help.”

The most intense moment of the convention, by Valentine’s account, was the attempt by several state delegations for a roll call vote that would defeat a rules package binding delegates to specific candidates based on their individual state party rules.  Before moving to a full roll call vote, Rep. Steve Womack, chair of the floor at the time, called for a voice vote, with delegates voting yea or nay.

According to Valentine, the yeas were equally as loud as the nays so there was no clear way to declare a winning side.  But, Valentine says, the RNC broke with basic parliamentary procedure and declined to bring the vote to a full roll call vote.

This caused the entire convention floor to erupt in shouting matches across the arena. The entire Colorado delegation walked out and Virginia’s Ken Cuccinelli flung his credentials to the ground before storming out of the arena.

“It was just so loud, no one knew what was going on,” said Valentine. “I was actually approached by two Trump staffers, one of (whom) was a former member of the Ukrainian mob, that tried to intimidate me into rescinding my support for the vote.”

Valentine, however, did not let the roll call vote attempt define his experience at the convention.  “I was really glad to be able to accomplish what I had set out to do, which was to protect and strengthen the party’s platform, and in so doing help create what many are calling the most conservative platform in our party’s history,” said Valentine.

These days, Valentine continues to exercise his civic duty on campus as president of the Young Americans for Freedom club.  Just recently, the club put on a voter registration drive that saw over five hundred students register for this year’s election, and has also held several debate watch parties for students.

“It is our duty as Catholics to voice our opinions and vote,” said Valentine. “As Pope Francis says, politics is the greatest form of charity, because it serves the common good.”