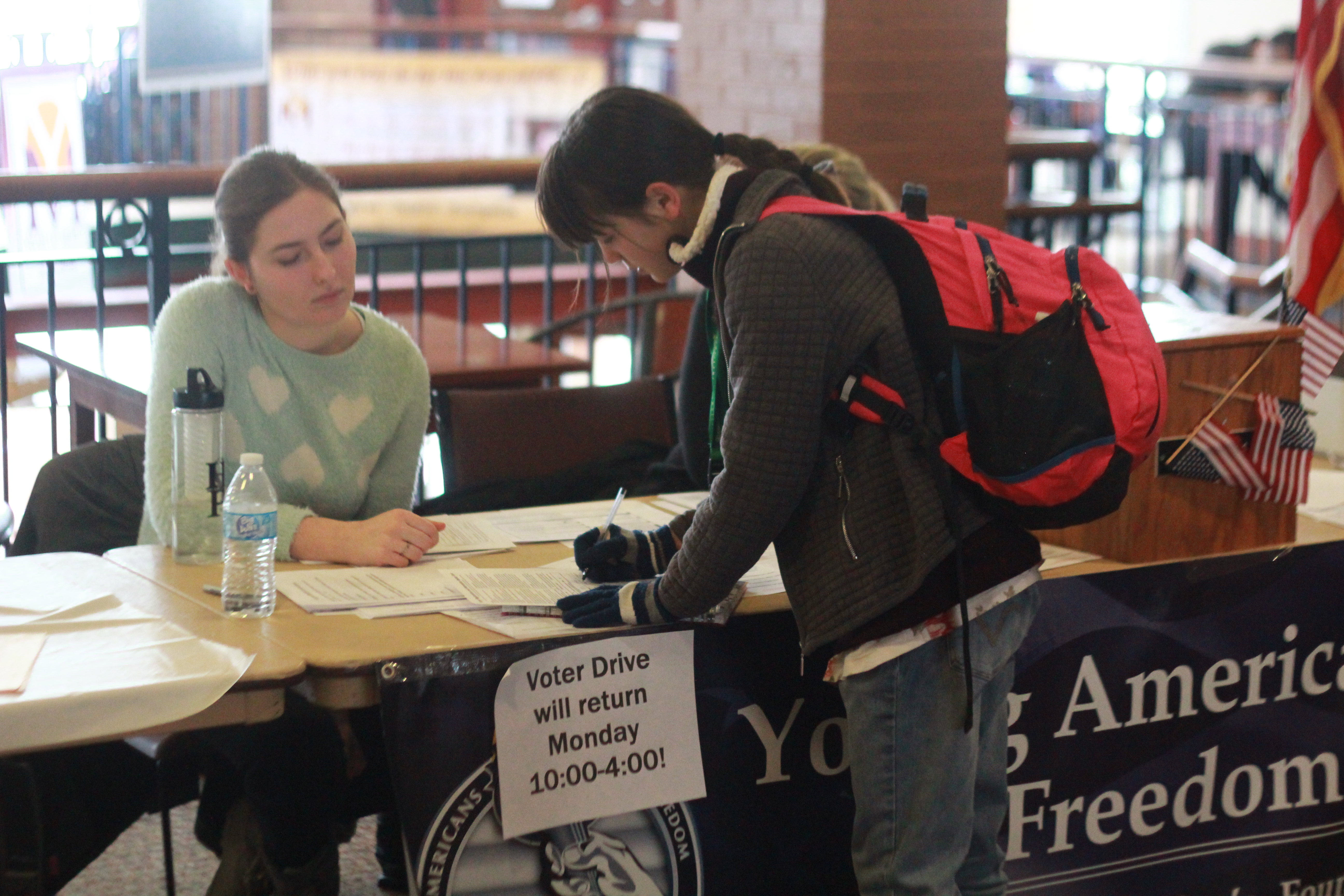 Franciscan University’s chapter of Young Americans for Freedom (YAF) sponsored an absentee ballot drive at the beginning of February in order to encourage students to vote in the November presidential election as well as the primaries.

Iowa kicked off the presidential primary season with its caucus on Feb. 1. Primaries will continue throughout the middle of June with residents of the District of Columbia being the last to vote.

“It’s so easy with how busy people are for them not to vote,” said YAF member Adam Basinger. “We’re hoping to make it easier for people to vote by being out here.”

At YAF’s booth, which was located in the J.C. Williams Center, students were told how to register to vote if they were not already and were able to sign up to be emailed an application for their state’s absentee ballot.

The drive had signs informing students of important information, such as Virginia’s deadline to register to vote in its primary.

In addition, students were able to place a little red sticker underneath a picture of their favorite candidate on a board titled “Franciscan YAF Straw Poll ‘16.” Humorously, the Rev. Sean Sheridan, TOR, had a spot on the board.

At some point during the week, a student placed a sign over Sheridan’s picture which read, “Code of Cannon Law: Can. 283 §3. Clerics are forbidden to assume public offices which entail a participation in the exercise of civil power.”

By the end of the week, more than 130 students had placed their votes in the straw poll. The top choices were Sen. Marco Rubio with 60 votes and Sen. Ted Cruz with 33 votes. There were 11 and a half stickers under Donald Trump’s name.

When Carly Fiorina and Gov. Chris Christie resigned the week of the straw poll, their pictures were replaced with Democratic candidates Bernie Sanders and Hillary Clinton.

Someone penciled onto the board that Bernie Sanders is a socialist and socialism is “heresy.”

Tommy Valentine, president of YAF, said, “This year, we helped over 250 register to vote and/or get an absentee ballot for the primaries. … We want 100 percent of the campus voting in the presidential election in November.”

Franciscan freshman Jeremiah Poff said, “It is important to get involved because these people make real decisions that really do affect us.”

Basinger said, “Voting is a privilege. … We have the power to change things.”

Valentine said, “If we elect a pro-life president who selects pro-life Supreme Court justices, we could have Roe v. Wade overturned within five years. If we want to see that, we need to vote.”

Young Americans for Freedom will also be providing shuttles to polling places for students who are registered to vote in Ohio’s primary on March 15.